home > About Us > History and Overview

Founded By The Community It Serves 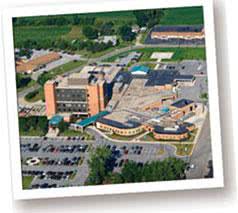 At the height of the Second World War, the local chapter of the American Legion saw the rising need for an area hospital in the Grand Lake Region. Soon after, a large-scale effort was started by community leaders to build and establish a medical center for the people of St. Mary’s, Noble, German, and Jackson Townships.

Today, the hospital has grown to include over 800+ medical professionals, 150 physicians, 12 affiliates and 10 Centers of Excellence, but its commitment to providing exceptional quality medical care continues.

Our deep commitment to the community does not end at our hospital and physicians’ offices. Through a wide variety of sponsored outreach programs, it is the goal of Grand Lake Health System to promote good health and prevent illness. Available to all area residents – not just patients – these convenient classes and services help educate and inform. Below are some highlighted examples of these programs and services.

The Rewards of Giving Back

Whenever and wherever possible, we believe in giving back to the community. The people of Grand Lake Health System commit their time and energy to countless non-profit organizations, charity events, and worthy causes in need. As we pledge our commitment to service, we invite you to join us and do what many area residents have already – become a volunteer or join our Auxiliary and one of its guilds. These dedicated workers play a vital role in the day-to-day operations and help in maintaining the level of quality care you deserve. 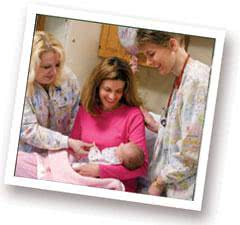 Charged with the responsibility of funding efforts for the entire health system, the JTD Hospital Foundation is a charitable non-profit organization that helps ensure the communities of Grand Lake Region receive the most reliable and affordable healthcare possible.

Spearheading past, present, and future efforts to improve and expand the Joint Township District Memorial Hospital, the Foundation is the vehicle for combined community support and funding. Its efforts have seen the completion of the Birthing Center, Emergency Room, Cardiac Center, and renovation of the hospital’s Transitional Care Unit/Inpatient Rehab Unit on the sixth floor. The Foundation continues to support the new Women’s Imaging Center and Hospice.

With Pride and Honor

As a person-first hospital, part of our responsibility is making sure you know that you can feel good about choosing us to take care of you and your family-to inspire your confidence. Recognition for quality and excellence from national ratings organizations like Healthgrades sets us apart from other hospitals and healthcare providers in the region and demonstrates our ongoing commitment to your health and well-being.

Our History and Future

As we look back over our past milestones and look ahead to future ones, we invite you to explore the entire website and discover why Grand Lake Health System is the region’s preferred choice in healthcare.

Talk to a registered nurse who is trained to answer questions.